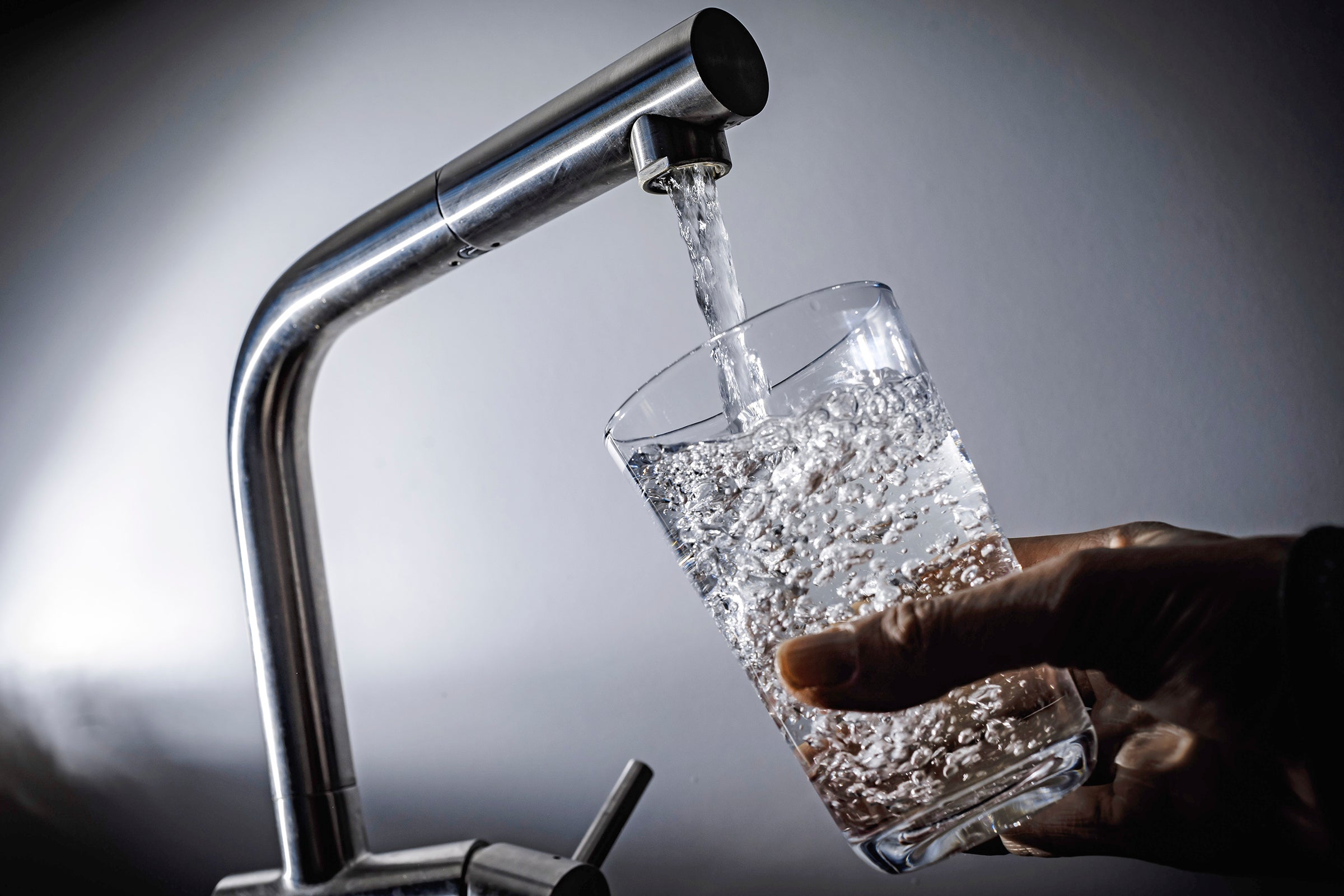 When water is safe, there is nothing better to drink. It’s good for teeth, skin, weight control and even the ability to think straight. But drinking water contaminated with pathogenic bacteria, heavy metals or other harmful substances can cause diarrhea, brain damage, infertility and cancer.

Bottled water is no guarantee of water safety. Not only is it not always safe; bottled water is thousands of times more expensive than tap water, and the plastic packaging and transport carries heavy environmental costs.

Despite the need for safe water and the myriad pollutants that can contaminate it, there is no widely accessible method for everyone to quickly, cheaply, and accurately test their water’s safety.

Because the current water safety tests are still cumbersome to use for most people, the goal is to make them as easy to use as a pregnancy test so that they can be easily deployed in homes, day care centers and schools.

As professors at Northwestern University who research how to ensure water security for all, we are working on democratizing water testing by developing a new kind of test for drinking water that is rapid, cheap and accurate; and on quantifying water insecurity globally.

The intention is to implement this new water test into a format that nonscientists can easily use; one that is affordable and gives results within an hour for those who need them most. The technology is far from ready to sell; there is still much work to do to ensure that the lead tests are maximally user friendly.

These tests are different because they harness the power of naturally occurring sensors from biology. Using tools from the nascent field of synthetic biology, the sensors can be programmed to change color when a target chemical is present in water.

Because these sensors work outside of cells, they can be freeze-dried into tiny white clumps that are shelf-stable. These sensors are ready to indicate water contamination with only a drop of water, so there is no need for any complicated laboratory equipment to use them.

These tests can be used to quickly detect lead, copper, arsenic and fluoride in water, with more analytes on the horizon. Northwestern and a spinoff company one of us co-founded are partnering to detect COVID-19 in sewage.

Potential uses include lead testing for the millions of Americans who live in areas with a lead service line piping water from the city into their homes. This is important as many children are unknowingly exposed to the lifelong harms of lead toxicity.

Arsenic tests will be valuable for the millions worldwide who face naturally occurring arsenic in their groundwater. Tests for E. coli would be useful in emergency situations, such as the millions in Texas living with boil water notices in February or those in Mississippi recently facing daily water crises.

To be sure, most drinking water in the United States is safe. Municipal water treatment plants mostly do a great job testing for and treating standard contaminants, like E. coli, but sometimes this isn’t enough. For example, the Environmental Protection Agency has identified more than 100 “contaminants of emerging concern” that are potentially harmful pollutants, most of which are not screened for at all.

Contaminants can also be introduced after the water leaves the treatment plant, such as when there are lead service lines leading from the city supply into homes, as is the case for many residences in Washington, D.C., and Chicago. Additionally, 42 million Americans rely on well water, which is almost never untested.

For these reasons, it is important to understand the quality of water before drinking it to know if filtration is needed, and if so, the type of filter to use.

The field of rapid water diagnostics is in its early stages, but holds much promise for democratizing knowledge about the safety of a substance integral to health and well-being in the U.S. and globally. With knowledge comes power, and change; empirical evidence of lead contamination in Flint, Mich., was key for bringing the injustices there to global attention.

Global water quality has been jeopardized by a range of catastrophes both invisible and unmissable: failing infrastructure, massive fires, sewage overflows, agricultural runoff and forever chemicals sprayed in unexpected places.

Given the very real risks of drinking contaminated water, accurate knowledge about water quality is imperative for both action and advocacy. This necessitates cheap, fast and reliable methods of at-home testing that everyone can use.

Share this on WhatsApp Post Views: 0 Massive dinosaurs and pterosaurs have a newfound cousin: a palm-size pipsqueak of a reptile, a new fossil reveals. Even the name of the newly described reptile—Kongonaphon kely, or “tiny bug slayer” in Malagasy and Greek—is an homage to its diminutive size, as well as its likely diet of hard-shelled insects, […]

Chloroquine Hype Is Derailing the Search for Coronavirus Treatments

Share this on WhatsApp Post Views: 0 People with COVID-19 who arrive at the Salvador Zubirán National Institute of Medical Sciences and Nutrition in Mexico City to search for treatment can choose from a menu of clinical trials, carefully presented by a worker trained to offer an unbiased portrait of the potential risks and benefits. […]

A Passion for Beetles (and Spiders) in the Time of Coronavirus

Share this on WhatsApp Post Views: 1 For the past few days, I have been thinking of Jean-Henri Fabre, the French naturalist known for lying motionless on the bare earth in the sweltering heat on the bank of the river Rhône at Avignon, his eyes searching incessantly for insects. A patch of barren, sun-scorched ground, […]

IMEX America marks another milestone on the Road to Mandalay Bay

The World Showed up for Tourism Happiness

Posted on March 15, 2021 Author admin
We use cookies on our website to give you the most relevant experience by remembering your preferences and repeat visits. By clicking “Accept”, you consent to the use of ALL the cookies.
Cookie settingsACCEPTREJECT
Manage consent